After several weeks of behind-the-scenes planning, we  are beyond excited to announce that our special VIP guests for KindieComm 2018 are the one and only Dr. Demento and Osaka Popstar frontman John Cafiero,  producer of the new compilation Dr. Demento Covered in Punk! 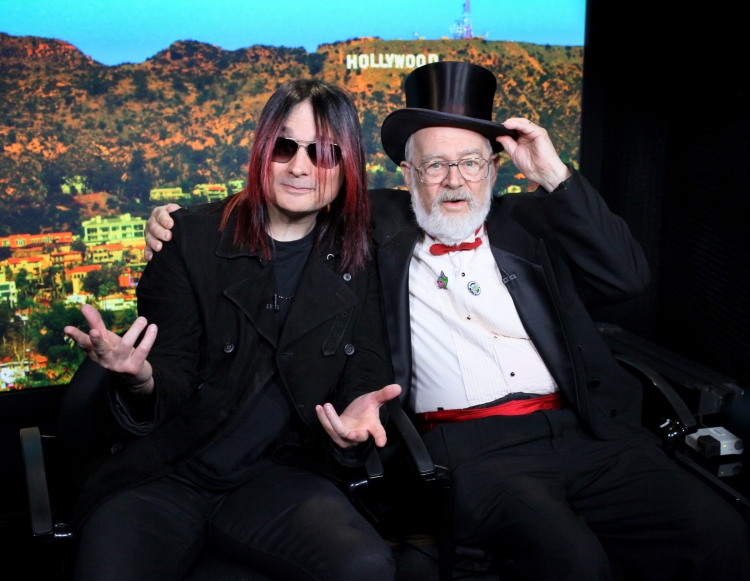 Before there was kindie – kids (and adults) found their musical joy in the quirky sounds of novelty music … a genre that all-but-disappeared in the 1970s, or so we thought… if not for one man, Barry Hansen.

Barry Hansen created the Dr. Demento persona in 1970 while working at Los Angeles station KPPC-FM. After Hansen played “Transfusion” by Nervous Norvus on the radio, DJ “The Obscene” Steven Clean said that Hansen had to be “demented” to play that. Thereafter, the name stuck.

The Dr. Demento Show went into syndication in 1974 and from 1978 to 1992 was syndicated coast-to-coast by the Westwood One Radio Network. Broadcast syndication of the show ended in 2010, but the show continues to be produced weekly online.

The Doctor is credited with introducing new generations of listeners to artists of the early and middle 20th century whom they might not have otherwise discovered – and inspiring one high-school student to explore his own musical creativity.

The year was 1976 and Hansen spoke at a high school where one of the students – Al Yankovic – gave a self-recorded tape of comedy songs and parodies to Hansen. The first song, “Belvedere Cruisin'” about the family station wagon, was featured on the show. Positive listener response encouraged Yankovic to record more parodies (“My Bologna” stands out!); and “Weird Al” Yankovic’s single “Another One Rides the Bus” (performed and recorded live on the airwaves of The Dr. Demento Show), followed by a record deal and pop chart success in the 1980s and beyond.

Other artists who attained widespread exposure after getting played on the Dr. Demento Show include Barnes & Barnes (“Fish Heads”), Larry “Wild Man” Fisher (“My Name Is Larry”), Larry Groce (“Junk Food Junkie”, 1975) and Elmo and Patsy (“Grandma Got Run Over by a Reindeer”, 1979).

The Dr. Demento Show helped revive and maintain interest in novelty hits from the 1950s and 1960s that received scant airplay on mainstream pop or oldies radio stations, including “Alley Oop” by the Hollywood Argyles, “The Ballad of Irving” by Frank Gallop, “The Battle of Kookamonga” by Homer and Jethro, “Monster Mash” by Bobby “Boris” Pickett, “Hello Muddah, Hello Faddah (A Letter from Camp)” by Allan Sherman, “I Want My Baby Back” by Jimmy Cross, and “They’re Coming to Take Me Away, Ha-Haaa!” by Napoleon XIV. 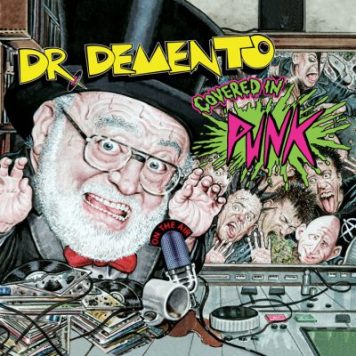 And, thanks to the vision and production skills of John Cafiero, a brand-new compilation has just been released celebrating the Doctor!

“Dr. Demento Covered in Punk” features an eclectic mix of artists from the world of classic and contemporary punk/indie/alt-rock who have assembled, along with special guest stars from film, TV and more, to pay homage to radio icon Dr. Demento – including the Misfits, Joan Jett, Fred Schneider of the B52s, to “Weird Al” Yankovic, the late Adam “Batman” West (in one of his final performances), and Captain Kirk himself, William Shatner (to name just a few)!

Released in mid January 2018, “Dr. Demento Covered in Punk” debuted on the Billboard charts as #1 Comedy album for two consecutive weeks, and has also had the unique crossover ability to chart outside comedy as the #18 new alternative music album, #20 on Billboard’s top independent album chart, and #5 on the Billboard Compilation Albums chart as well.

This isn’t the first time John Cafiero has found himself surrounded by a family of icons.

Osaka Popstar, Cafiero’s pop-punk music and art project, released a critically acclaimed debut album “Osaka Popstar & the American Legends of Punk” which featured Cafiero with a revolving lineup of punk-rock legends as guests in his backing band including members of the Misfits, Ramones, Black Flag, the Voidoids and more. Recent Osaka Popstar releases include members of Superchunk, Bob Mould, The Smithereens, Roxy Music, Milk ‘n’ Cookies, and the Dictators in the backing band.

Dr. Demento kept the spotlight on novelty music shining bright for almost 50 years and, thanks to the efforts of John Cafiero, that light continues to shine on!

We are humbled to have both men join us at KindieComm!!

Be sure to register NOW, while the early bird rate is still in effect … http://www.alumni.upenn.edu/kindiecomm18